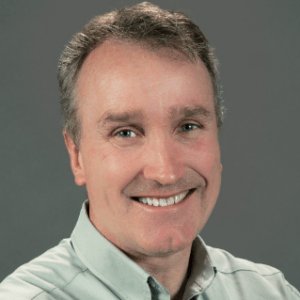 Jane Marks and Bruce Hungate are professional scientists who conduct research about how climate changes alters the carbon cycle of natural ecosystems, like forests, grasslands, lakes and rivers. Marks is President of Flagstaff Create, and Hungate is Board Member of Arizona Forward.

The economy took a big hit during the pandemic, and emissions of carbon dioxide (CO2) to the atmosphere dipped 16%. The same kind of dip in emissions, though smaller, happened during the 2008-2009 economic downturn. For as long as humans have relied on fossil fuels, economic activity has been tightly tethered to CO2 emissions.

These modest emissions reductions from severe economic downturns had virtually no effect on CO2 concentration in the atmosphere, a 1500 trillion-ton gorilla of cumulative emissions. It will be slow to turn around. As a consequence, as we all sheltered in place, missed friends and loved ones, and suffered many other losses, the climate kept on changing anyway.

Minimizing emissions by staying home feels like it should have helped more than it did. But along with driving less, we also need to transition to a new kind of car. Along with using less coal-derived electricity, we need to change from fossil fuels to clean energy. The sooner we transition, the sooner we will reap the benefits, and the sooner the challenge of our impending split from fossil fuels will become smaller.

Investment in clean energy will boost the economy. Before the pandemic, economic growth in clean energy was 70% higher than the overall economy and 250% higher than fossil fuel jobs. In particular, solar and wind installation were two of the fastest growing occupations in the country. In Arizona alone, small-scale solar has jumped around 60%, the fourth highest of all 50 states. The momentum toward clean energy is strong and seems inevitable. Even in 2020 during the pandemic, U.S. clean energy showed solid growth. Sales of electric vehicles were steady, while total car sales fell. Solar and wind power had banner years.

New federal investment in clean energy enjoys strong public support. According to a recent poll, support for the government taking action to accelerate the development and use of clean energy in the United States stands at 84%. That’s a lot of support. 84% of Americans don’t agree on very much, but we agree on federal support for clean energy.

There is strong support in Arizona, too, and the support is bipartisan, with 3 out of 5 Republicans in favor of creating jobs by updating infrastructure and reducing pollution, promoting the development of energy-efficient buildings and appliances, and incentivizing the development of renewable energy like wind and solar. Combined with reduced operations at the Four Corners Power Plant and loss of jobs from the closure of Navajo Generating Station, investing now in new clean energy is even more vital for our region.

Investment in infrastructure is a win for jobs, putting people to work and making Arizona businesses more competitive. It’s a win for nature, preserving clean air and water.  And, it is a win for decarbonizing: this investment will help untie the knot between CO2 emissions and a healthy economy, where the economy can grow while emissions decline.

Arizona’s Forests: Why We Care

Paving the Way to a Resilient Arizona: The Critical Role of Mobility